Deep in the swamp, there is a creature creating bombs, and he's not afraid to use them. The heavily reinforced madman who lives in the Green Mire is nigh invincible, but his own creations may be his undoing. 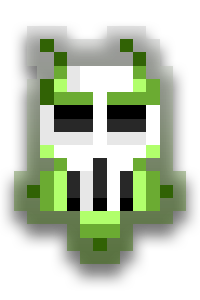 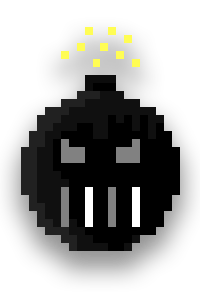 Plague Doctors are fidgety floating creatures, randomly bouncing off your party and one another. They are equipped with gas masks and exist in a state of perpetual plague, spreading disease to your party whenever they come in contact with one of these disembodied terrors. With enough of these monsters in a given wave, it's almost a sure thing your Raid Party will spend most of its time infected with deadly diseases, so make sure to keep your Life Avatar out to stay alive.

Plague Doctors are immune to Plague Damage for obvious reasons, but they can be slowed down with your Ice Avatar to allow you to maneuver your Raid Party around more safely.

Homing Bombs are extremely lethal devices, constructed by Blast Mask himself. They're designed to explode at random intervals and take down whoever is unfortunate enough to be within the blast radius. They aren't as fast as homing missiles, but if you don't move out of the way by the time their countdown expires you'll be in bad shape regardless. Once you see them turn red and their blinking notification LEDs start dimming out, it's time to get away as fast as possible! 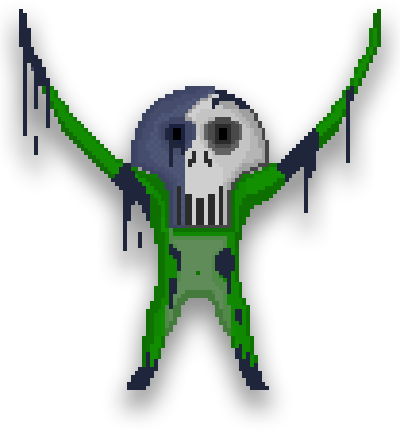 Blast Mask is a wild creature who spends all of his time experimenting with dangerous new weapons in his swamp lair. Biological agents and highly destructive bombs are his calling cards, and he's not afraid to put them to use. No one knows if he's a lizard, or a monkey, or what he's covered in, but he's extremely acrobatic.

Defeating Blast Mask isn't easy on your own, but the weapons he produces are so powerful they can bring him down relatively easily.

Blast Mask will sometimes drop a Scintillating Acid Gem which drastically increases the amount of Armor removed from targets with each hit. This is an extremely rare drop, but the Luck skill will increase the chances of you obtaining it.