Necropolis is an ancient tomb overrun by Mummies who've been awakened by a certain raid party that was too loud. Anupu, Protector of Tombs stands guard and has a few tricks up his sleeve to ensure the safety of his domain. 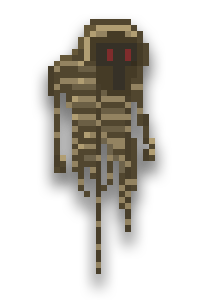 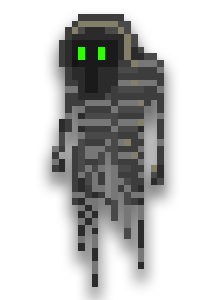 Old Mummies float aimlessly through the tombs of the Necropolis, awoken by your intrusion and seemingly harmless...at first. Mummies have a deceptive long-range attack which utilizes their old dusty wraps to slap your Raid Party and cause a lot of damage. Their wraps can reach extremely far and even through other enemies to reach your party and cause bodily harm.

Haunted Mummies are the Elite Monsters in Necropolis. Their attacks and movement behavior is identical to those of the Old Mummies, but their attack is much more lethal and they have much more health.

Both of these Mummies are resistant to Plague damage, seeing as they've marinated in the plague-ridden Necropolis for centuries, but they do have a very low base armor and are susceptible to both Fire and Life damage from your appropriate Avatars. It would also be wise to slow them down a bit with your Ice Avatar so you can keep a comfortable range between your Raid Party and their lashing wraps. 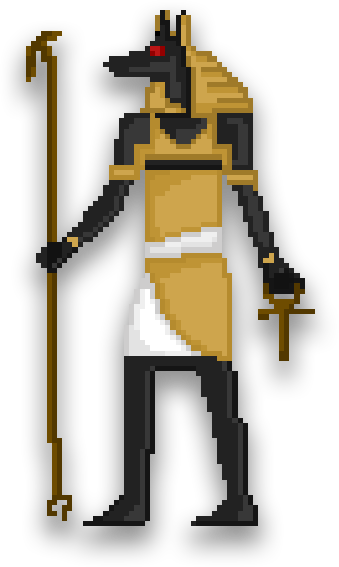 Anupu is the Protector of Tombs, and he will stop at nothing to defeat your Raid Party and keep the Necropolis from being pillaged. The protector has the ability to call forth a replicate of himself to spread your Raid Party's attack thin and will also resurrect the ghostly clone in the event that it dies.

Unfortunately for your Raid Party, both apparitions of Anupu can resurrect the other. Good luck with that.

Anupu will sometimes drop a Scintillating Plague Gem which will cause infected Monsters to become contagious for a longer period of time. This is a very rare drop, but the Luck skill will increase the chances of you obtaining it.