The Panopticon is a dungeon kept under complete supervision, guarded by Omnipresent Watchers and All-Seeing Eyes. You would think that it was some sort of prison, but its setting may be a little more prevalent than you think. 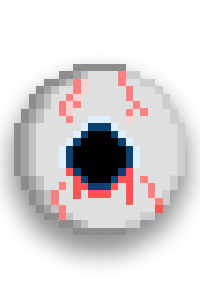 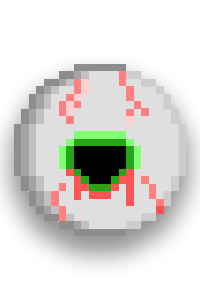 Omnipresent Watchers bounce across The Panopticon hard, ravaging everything in their path. They only hurt when they hit your Raid Party and they immediately bounce back but will come in again to strike if you don't move out of the way. Think of them as gigantic beach balls that weigh a few tons.

All-Seeing Eyes are the Elite Monsters within The Panopticon. Their attacks and movement behavior is identical to those of the Omnipresent Observers, but they hit much harder and they have way more health.

Both of these Eye Balls will bounce relentlessly across the dungeon, bouncing off your Raid Party, bouncing off of each other, and anything else they come across. The best way to handle them is to slow them down a little bit with your Ice Avatar and maneuver your Raid Party around judging by their trajectory. Most attack types are great versus both kinds of Eye Ball, but they do have a lot of health and taking them down one at a time can be a little time-consuming if you haven't honed your Avatar aiming skills.

You will know The Observer has locked in on you when you see his image flash in the background, so keep an eye out... haha... ha.

The Observer will sometimes drop a Scintillating Lightning Gem which causes the secondary spark damage of your Lightning Avatar to reach further out to adjacent enemies. This is an extremely rare drop, but the Luck skill will increase the chances of you obtaining it.