Skyline takes your Raid Party through a rainy cityscape, jumping from rooftop to rooftop encountering stone protectors: Gargoyles. Dodge their rocks and destroy the ancient creatures to meet the more fresh Gargoyle Mode. 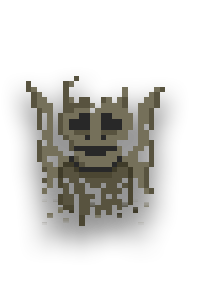 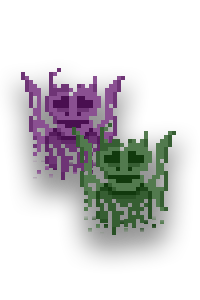 Stone Gargoyles float around the night sky, and their very form is crumbling apart. They take advantage of their condition though by throwing their own crumbling pieces of rock at your Raid Party to cause damage. They throw a lot of stones, very fast, so you will have to stay moving if you want to live a long time.

Dilapidated Gargoyles are the Elite Monsters in Skyline. Their attacks and movement behavior is identical to those of the Stone Gargoyles, but they hit much harder and they have more health. They will randomly spawn in either of two colors, and their more common spawns mean you are getting closer to Gargoyle Mode.

Gargoyles are considred to be protectors of the buildings they perch upon, and with this array of stone creatures this is no surprise. Within close range they pose no threat, but they still throw rocks so you will get instantly hit with no chance to dodge. Since they're comprised of stone and are already crumbling apart, your best bet is to use your Acid Avatar against them. 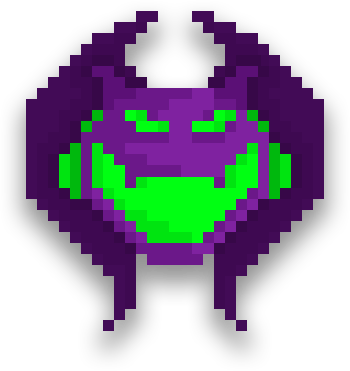 Gargoyle Mode is a real live Gargoyle, not bound by stone and much more vibrant and active. He has headphones over his cranium that pump music into his ears while he throws CDs around from his DJ hardware to slice your Raid Party up.

Gargoyle Mode will randomly throw your Raid Party into a state which can only be described as... Gargoyle Mode, where you're aware of everything going on around you but cannot move. When you become stoned, you will not be able to move your Raid Party out of danger's way for the duration of the trance.

Gargoyle Mode will sometimes drop a Glowing Health Gem which permanently increases your Raid Party's health points by 50. This is a rare drop, but the Luck skill will increase the chances of you obtaining it.